People with age-related macular degeneration (AMD) often do not know they have the disease during its early stages. They may dismiss early warning signs, like trouble seeing or driving at night, as part of the normal aging process. Ignoring these symptoms only delays diagnosis, which can lead to more unnecessary vision loss.

We are among the first eye care providers to offer a new innovative test, the AdaptDx Dark Adaptometer, that helps us diagnose AMD at a very early stage and monitor disease progression. If you are experiencing problems seeing or driving at night or it is becoming increasing difficult to read in dim light, talk to us about scheduling an AdaptDx test.

The AdaptDx [adapt-dee-ex] aids in the detection and management of AMD. It measures the time it takes for your vision to adjust to the dark. This is called dark adaptation. The simple test takes less than 10 minutes. You’ll look into the device in a darkened room and press a button every time you see a flashing light. If the AdaptDx test indicates signs of early AMD, you and your doctor have valuable time to develop a plan to delay disease progression.

The RI™ stands for Rod Intercept™ and it is a measure of an eye’s dark adaptation function. Specifically, it is the number of minutes it takes your vision to adjust from light to darkness. When you take the AdaptDx test, the device calculates your RI number and provides your doctor with critical information to help determine your AMD status.

Video Description:
Learn how a simple test can help determine if you have age-related macular degeneration (AMD), the leading cause of adult blindness. The AdaptDx is the first and only device to help detect AMD three years before you can see it.

Is the AdaptDx® test covered by insurance?

If there is a medical diagnosis related to AMD or you are experiencing trouble seeing or driving at night, we may be able to bill the test to your insurance provider. If not, the AdaptDx test may require a modest out-of-pocket expense.

What should I expect during the test?

Age-related macular degeneration or AMD is the leading cause of adult blindness in developed countries and affects nearly 1 in 8 adults over the age of 60. AMD is a chronic, progressive disease that attacks the macula, a part of the retina that allows us to see objects located straight ahead of us. The macula is responsible for your central vision, which allows you to do things like recognize faces, read, watch TV, and drive.

As a progressive disease, AMD reveals itself in stages.

Subclinical AMD is the earliest detectable stage of age-related macular degeneration. The first warning sign comes in the form of trouble seeing at night. Many people blame poor night vision (caused by impaired “dark adaptation”) on the normal aging process and don’t report the symptom to their doctor. Don’t make that mistake. If you begin having difficulty driving at night, reading in dim light or adjusting to seeing in the dark, tell your eye care professional. Identifying AMD at this point is critical to proactively managing AMD.

Early to Intermediate AMD
Before we learned that dark adaptation is the first symptom of AMD, eye care professionals relied on identifying the disease during the early or intermediate stages. At this point, your doctor may see drusen—yellow deposits of fatty protein under your retina—which is an indicator of AMD.

Advanced AMD:
During late-stage AMD, people start to notice central vision blurriness. The transition from early-stage to late-stage AMD happens rapidly. If left untreated, it can lead to legal blindness in as little as six months. While treatment options can slow the progression of late AMD, nothing can reverse the damage already done.

The earliest symptom of AMD is impaired dark adaptation, which may cause difficulty seeing or driving at night. As the disease progresses, symptoms may include distortion of straight lines or dark and blurry central vision.

Video Description:
Are you having problems seeing at night? This could be the first warning sign of early stages of age-related macular degeneration. Ask your doctor to test your dark adaptation, the time it takes your eyes to adjust from bright light to darkness, using AdaptDx.

The primary risk factors for AMD include:

Age is the biggest risk factor. In fact, 1 in 8 adults over the age of 60 have age-related macular degeneration (AMD). If you are experiencing a symptom of AMD or have multiple risk factors, ask your doctor to test your eyes with the AdaptDx®.

What happens if AMD is detected?

If you are diagnosed with AMD, you and your doctor have valuable time to develop a plan to delay further symptoms.

VIDEO: About AMD, its risk factors, and first symptoms

​​​​​​​Video Description:
Trouble seeing or driving at night is the first symptom of age-related macular degeneration (AMD), a progressive disease that affects your central vision and is the leading cause of adult blindness in the developed world. 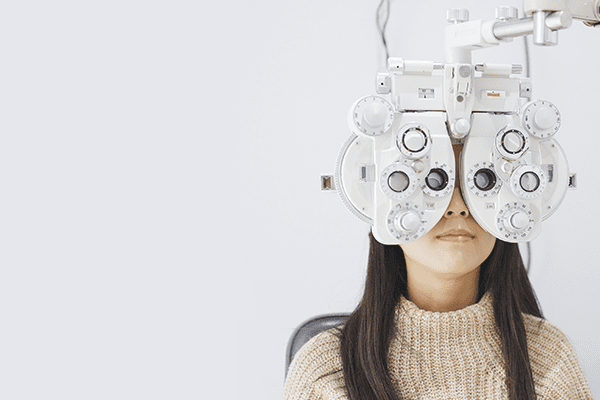 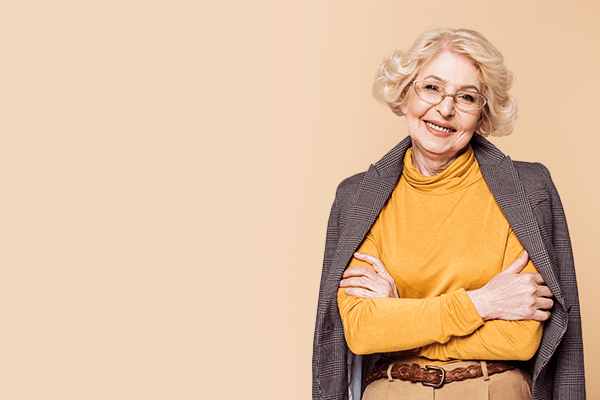 At Paradise Canyon Eye Care, we provide the highest quality eye care to all our patients. Schedule your appointment today.

We've copied your review, after you click 'Publish' please paste your review by selecting 'ctrl' + 'v' into the review comments section.